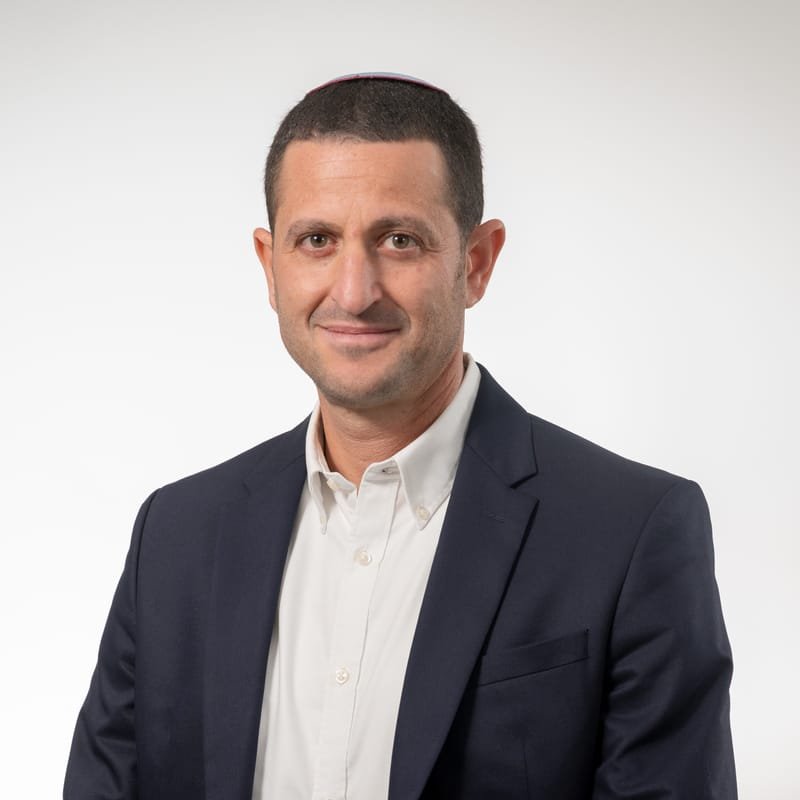 Ohad was born and raised in Eilat, drafted and served in the IDF’s armored brigade as a tank commander and participated in Operation Defensive Shield.

For 10 years, Ohad led different educational initiatives that sought to connect a wide range of communities and people to Jerusalem’s old city. In 2013, with his family, he embarked as Shalaich (Emissariy) of the Jewish Agency for Israel and World Bnei Akiva to the Netherlands. When returning back to Israel as an experienced shaliach, he founded and directed the ‘Religious Zionist Shlichut Center’ – a coalition of ten nonprofit organizations involved in shlichut in religious Zionist communities.

Following his return he was nominated and held the position of deputy Director of 'World Mizrachi' for 6 years, working to establish and strengthen religious Zionist communities around the globe.

In his last position, Ohad served as the Director of World Bnei Akiva - the largest Zionist youth movement in the world and served as a volunteer chairman of several nonprofit educational organizations.  He was also a delegate to the World Zionist Congress and member of the Presidium of the WZO Zionist General Council.

Ohad holds both an Executive MBA in Public Policy and Administration from Hebrew U and a BA from Bar Ilan University.

He is married to Tamar and they live in Efrat with their four children.